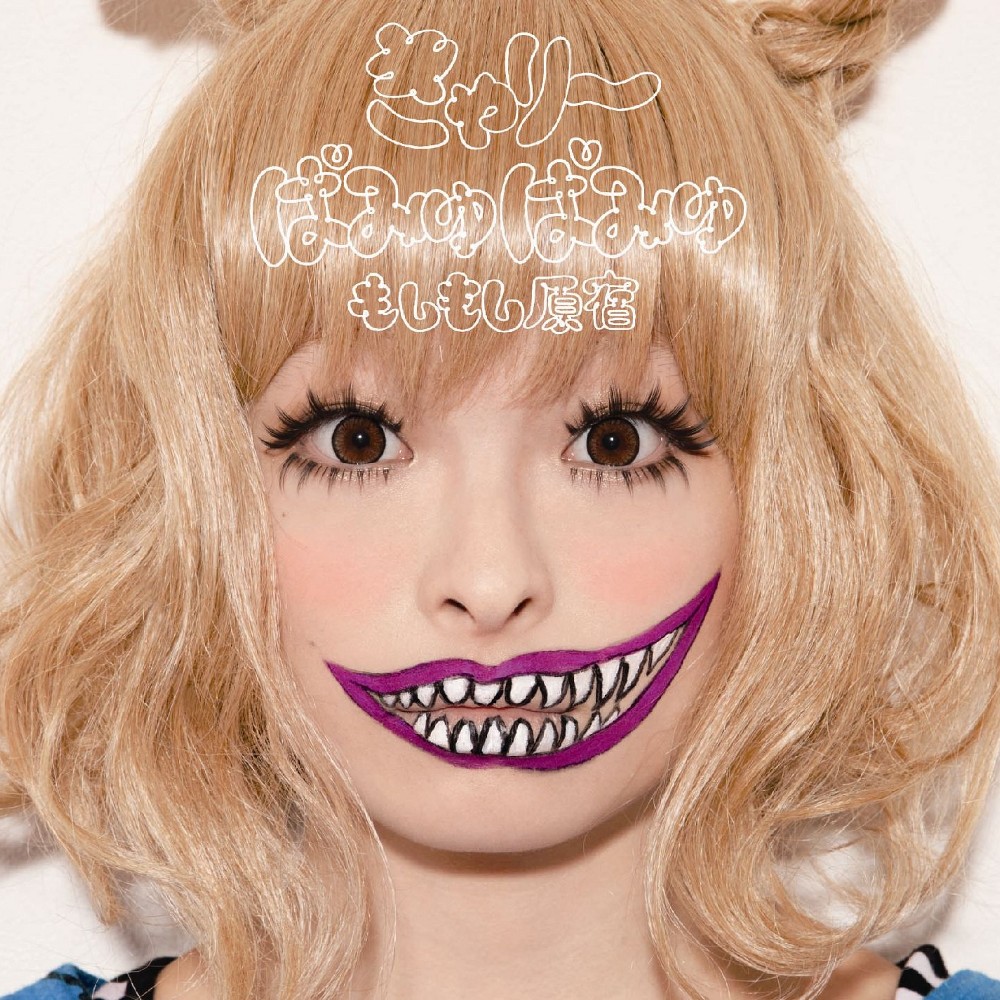 Kyary Pamyu Pamyu – working under the official stage name of Caroline Charonplop Kyary Pamyu Pamyu – made her debut as a fashion blogger when just a high school student. She has since risen to be among the very few Japanese artists to have received considerable attention on an international basis. She started as a reader model in a number of magazines before graduating onto to becoming a style icon and a beacon of activity that stretched beyond the normal confines of Harajuku. She began inroads into the music industry supported by the famous producer Yasutaka Nakata and the Japanese artist Sebastian Masuda; which began her rise internationally. Her music video “Pon Pon Pon” crashed the internet and was viewed on a global basis, thus cementing Kyary’s status as not only a star of Japanese pop but as an ambassador of the Japanese culture of ‘kawaii’, which stems from manga/anime and can be loosely translated as the word ‘cute’.

Now with three albums under her sparkling belt  (Pamyu Pamyu Revolution, 2012; Nandacollection, 2013; Pika Pika Fantaji, 2014) and many other projects in the pipeline, the fame of Kyary is increasing. She commands interviews across Europe, appearing on French television shows, posing for famous magazines such as Dazed and Elle. Then on 11th July, Kyary was the guest star of the national day of Japan at none other than Milano Expo 2015.

This was the perfect opportunity for WAKAPEDIA to meet her and learn more about her personality, style and her crazy kawaii colorful world…

Having an understanding of the word – nay the concept of – kawaii is absolutely necessary when visiting Japan; essential vocabulary for the tourist who wants to truly understand the Japanese culture.

Translated into English as “cute” or “adorable“, kawaii is an adjective that can be used in a wide variety of circumstances: to designate an object, a dress, a song, a food … If applied to a person , or especially to a woman, it’s really a compliment, much more positive than “beautiful” or “sexy“. The concept of Japanese beauty, in fact, does not refer to a model of femininity as see Victoria’s Secret, but rather to a small woman, childlike and pretty. Kawaii.

For me, the person who perfectly  personifies this concept, in their style as well as in their music, is Kyary Pamyu Pamyu.

The lyrics of her songs have catchy choruses, simple, the sort you cannot get out of your head and they strike chords as real summer hits. Her videos are staged in a surreal and bizarro universe version of kawaii. These are made further intriguing by a subtle hint of the grotesque, and through this captivate millions of fans across the globe. Even Katy Perry shared the video for “Pon Pon Pon” on her twitter account (#1 followers on the platform). Foreigners have referred to Kyary as the “Japanese Lady Gaga“. I’d rather say it’s “Kyary in Wonderland”. Or maybe in Weirdland.

I had the chance to meet Kyary at Japan Day at the Expo Milano 2015. She was one of the ambassadors of Japanese pavilion. One of my favorite takeaways from the meeting is, despite her worldwide success, Kyary has remained a very simple Japanese girl, reserved and polite. She has a dreamlike outward appearance. An eccentric style. She operates as an artist/musician, certainly not as an idol there to titillate men. Her focus is not gender, but the creation of her unique world view, transmitted with and via her music. She said so much during her interview on French TV when pressed on love; she is not an idol so can be as open as she wishes.

This Wakapedia interview reveals “the other face of Kyary“, not the one in the spotlight of the stage, but the real Japanese shy girl; a ‘mysterious’ creature that has grown-up in the busy metropolis of Tokyo.

Sara Waka: You know where I met you for the first time? On one of the large advertising screens at the famous Shibuya Crossing in Tokyo. That’s where I heard your song “Tsukema tsukeru (eyelashes)” for the first time. It immediately got stuck in my brain, despite just hearing it fleetingly. Then, back home, I had a look on the internet and found you. I was really struck by your videos,“Pon Pon Pon” “Fashion Monster” “Tsukema Tsukeru” and their explosive mix of kawaii and psychedelic style…Psyche-Kawaii!!

Kyary: Hahaha, that’s cute, thanks. I am pleased!

Sara Waka: Can you explain what “kawaii” means to you?

Kyary: I think the concept of kawaii is widespread, especially in Japan, and defined in many different ways. My philosophy of kawaii is characterized by the presence of something a little wield or a little grotesque. A kawaii that triggers a visual shock. You know, when I was little I saw the film “Jaws“. There was a scene in which the captain of the boat was being eaten by a shark. Here, the scene has created in me a small trauma – attraction and repulsion at the same time – and then pushed me to look at other horror films. Then I started to appreciate the horror and become to be a big fan.

SaraWaka: That makes sense. Even I am a big fan of horror movies, especially the Japanese ones. I think that in human nature there is a tension, an instinctive uncontrollable thrust to watch what we most fear. A kawaii combining, for example in your “Pon Pon Pon” video, a microphone coming out from your ear, eyeballs and birds tumbling from your mouth, a rainbow-coloured fart. What do you want to communicate with these images? 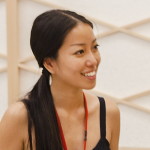 Kyary: I want to build a new and revolutionary world of kawaii, understood as the mix of disparate elements which at first glance may seem contradictory, but in reality are not. The images from my video match what’s in my head, my imaginary world that then I try to communicate to the public in an artistic way and via pop.

Sara Waka: Actually your videos are very creative and visionary … very artistic, as you say. What are your sources of inspiration? Who is your favorite artist for example? 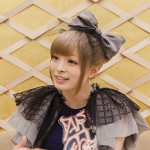 Sara Waka: Oh really??? I think that the esteem and inspiration works both ways with you guys. I know that Katy Perry, during a recent concert in Tokyo, made you a kind of declaration of love.

Kyary: Yes – what a great honor! I have listened Katy from high school and love her inverse teen-pop colorful style. It’s definitely been an influence.

Sara Waka: But, in the world of fashion, who influence your choices; your style is so eccentric?

Kyary: Let’s say that when it comes to fashion, I am not really looking at what brand is what, but choose items that I think are good for me. My interest in fashion began at high school. I was reborn in Harajuku in a way! I didn’t realise how fun it felt to dress up. Or how happy I would feel being complimented on my style. And from there I began to be continuously inspired by fashion.  And from there I started building my own concept of fashion: kawaii, yet in tune with my character.

Sara Waka: I see you’ve been doing many international concerts recently. Do you find that there is a difference between Japanese fans and those of other countries?

Kyary: Many Japanese fans are shy and support via clapping; overseas fans end to care less about how they look and exhibit their excitement through their whole bodies. The venue then ramps up, my tension increases and it is easier to become one with the crowd. I also think the fans find it easier to communicate with each other. It’s easier to empathise with foreign audiences.

Sara Waka: You are an ambassador of the national day dedicated to Japan at Expo Milano 2015. As you know, the theme of this edition is “Feeding the Planet, Energy for Life“. What type of food gives you energy?  Perhaps we can start from Japanese cuisine…

Kyary: Hmmm. I actually cook quite a lot of Japanese food, and I love udon. Udon dishes are fairly cheap, and with a few veggies and a little bit of meat it’s quickly a good meal.

Kyary: This week in Milan I tried for the first time bura- bubu- buratta ..

Sara Waka (coming to Kyary’s aid like a linguistic angel): You mean Burrata?

Kyary: Bingo! I had it with raw ham and it was lovely. A raw cream came from the middle of the burrata, it was rich, very different to mozzarella. Nothing like I have ever tasted before so quite an experience.

And as Kyary made her way back to her people, SaraWaka finishedthe interview in the Wakapedia Style: A kiss. This time a stolen blown-kiss aimed at Kyary‘s Kawaii back… 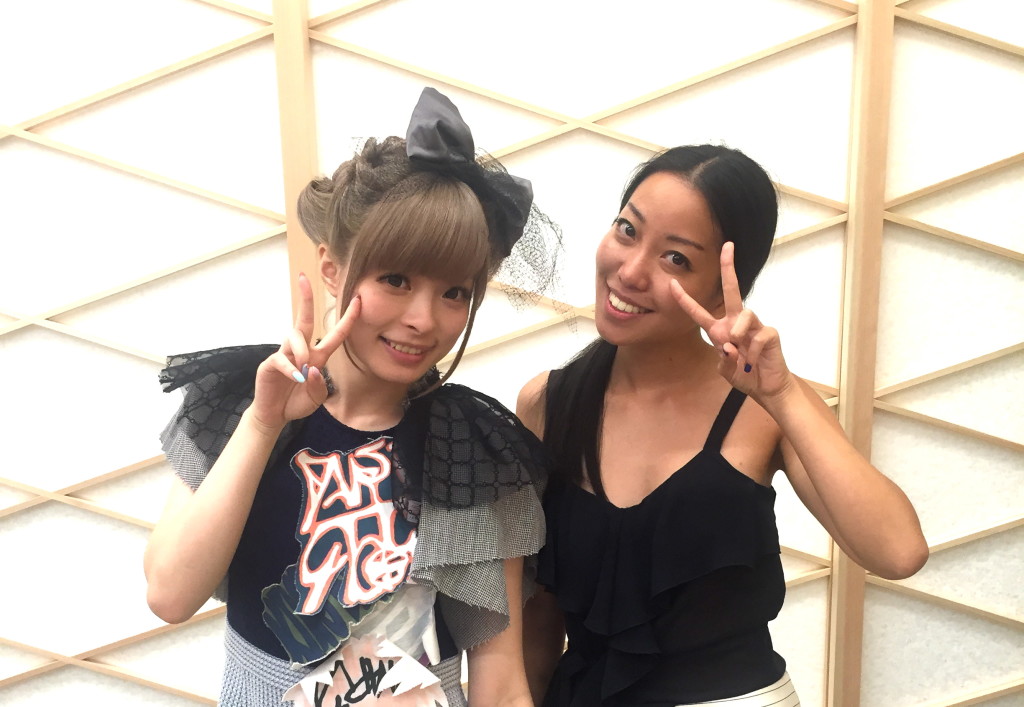